As a child, whenever I stayed with my grandparents in rural Maine we would collect our garbage—seltzer bottles, coffee grounds, and mounds of Grammy’s cigarette butts being the primary ingredients—and every couple of days, Grampy would have me ride along to drop off our collection at the dump. I was happy to go, always hopeful this trip would be the one when I would find the discarded wheels to complete my homemade car, but relentlessly disappointed to find only piles of unrecognizable junk and rot.

Until recently, this type of trek was familiar to folks who wished to recycle in Rogers Park, a neighborhood on the far North Side of Chicago. For the majority of residents here, the best option to responsibly discard newspapers, bottles, cans, etcetera, was to trek to one of the neighborhood Department of Streets and Sanitation drop-off sites, either behind the police station or all the way across Ridge Avenue at Warren Park. The people who collected their recyclables and hauled them to recycle were the few and the dedicated. 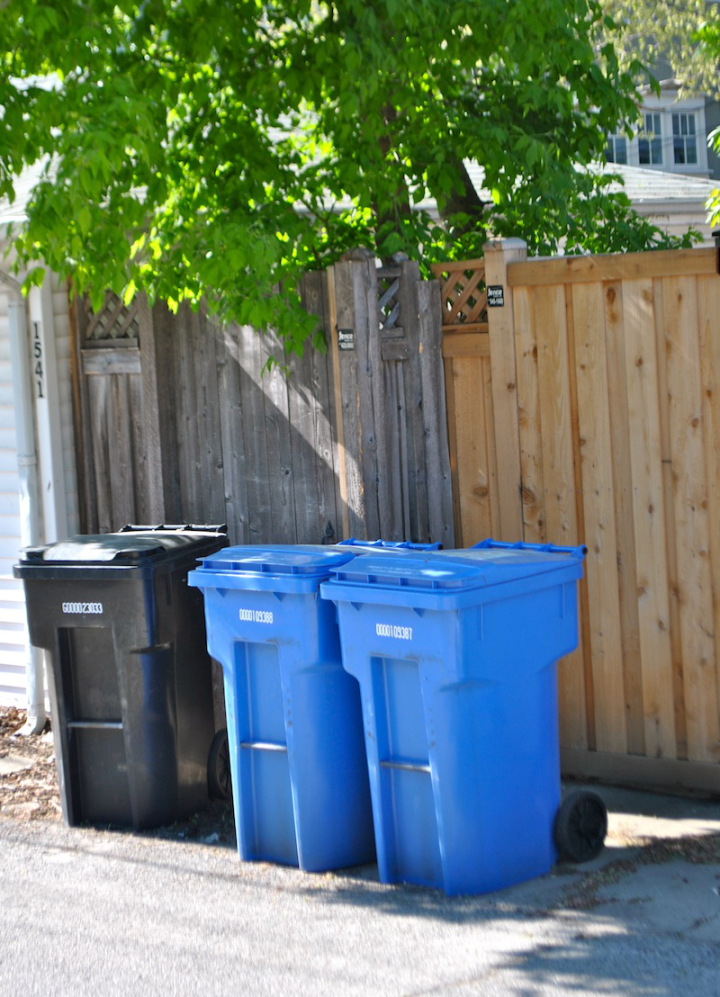 Before the advent of these schmancy new blue carts in 2007, Chicagoans differentiated their trash from recycling by using blue garbage bags.

The majority of Rogers Park residents dealt with their recyclables in other various ways—sneaking beer bottles into a neighbor’s dumpster or the few blue carts in the park, hoarding cardboard and praying for a better option, having a private hauler come for recycling, or getting frustrated and just throwing it all away. Despite these other outlets, the drop-off sites were always filled past capacity.

Following decades of discussion, letter-writing, petitioning, and making due, our environmentally-conscious neighborhood at long last has residential recycling: Beginning this past March, the City of Chicago’s Blue Cart Recycling program officially rolled out in the neighborhood. Though the program was launched in 2007, it had only been implemented in two thirds of the city’s wards until this year. The good news is, according to Mayor Rahm Emmanuel’s office, the Blue Cart program will be in all 50 aldermanic wards by the end of 2013.

This curbside pickup service, which many towns and villages began offering as far back as the 1980s, has in a short time shifted the paradigm from only serving those dedicated enough to collect and bring cans, papers, and bottles as far as a mile away from their homes, to people being able to leisurely toss items in a nearby cart so that every other week, Streets and Sanitation can simply haul it all away. In Rogers Park, suddenly, the most basic environmental action has become far easier and more accessible to half the neighborhood’s 55,000 residents.

…I say half the neighborhood because, much like landfill pickup, Blue Cart Recycling is only available to single-family homes and buildings no larger than four units. Residents who live in larger buildings, a huge portion of this community, have private waste haulers. By City of Chicago ordinance, larger buildings are responsible for providing their own recycling services. Unfortunately, the ordinance is often ignored as it lacks real teeth to motivate landlords and building associations. This leaves many residents with the same old bad recycling options.

While a cynic may dismiss this as more of the same in a city where services have historically been dispensed unevenly, the roll out of the Blue Carts is so much more important than merely providing recycling for small buildings and homes. This single issue has been the focus of so much attention and energy over the years that many other environmental opportunities were missed. Instead of complaining about why we don’t have recycling, community members can now focus on composting yard waste, making our streets better for pedestrians and cyclists, conserving rain water, and even organizing tenants to get recycling for all larger buildings. 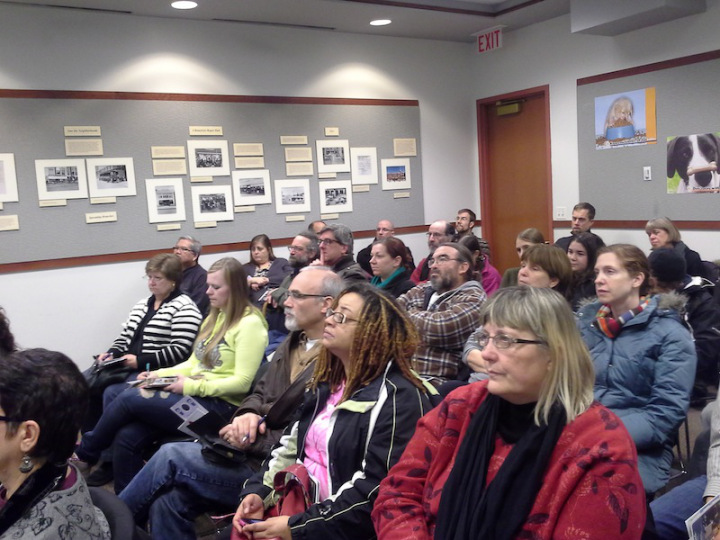 People are newly inspired. Since March, ward Alderman Joe Moore’s office and the 49th Ward Green Corps have recruited and trained more than 50 volunteers to serve as Recycling Block Captains. Not only have these folks been a huge help in building support for the new program, but they bring energy and solutions to environmental issues we’ve been talking about for years, and many that were never even discussed. At a recent Recycling Block Captain meeting, we discussed outreach efforts to help residents of larger buildings get recycling services from their private waste haulers as well as our annual neighborhood Trash to Treasure Swap in June. Our block captains are talking with neighbors, educating people on how to recycle, and gathering input from people who can’t always make a community meeting or don’t have the alderman’s phone number.

Blue Cart Recycling is the cork in the bottle. Now that it has been released, so have the issues, questions, and solutions that we couldn’t address so long as recycling was in the way.